Neil Byers opened Horse Thief Hollow in 2013, envisioning a place where people could come for hand crafted beer and flavorful cooking with a Southern accent. Gumbo, crab cakes, and slow-smoked bbq on the menu reveal Neil’s culinary influences. He worked as a chef for eight years, honing his craft in Charleston, SC, before returning to Chicago and developing an interest in brewing.

The restaurant and brewery occupies a 5,900-square-foot, 90-seat space that formerly was a carpet store. Neil restored the vaulted wood beam ceiling and enlisted family to help with the rehab. He and a cousin built the walls. His mother stained the wood. Neil’s father made the tabletops, and a carpenter friend built the bar. They used reclaimed wood where possible—even salvaging a pair of immaculate carved doors for the entrance. 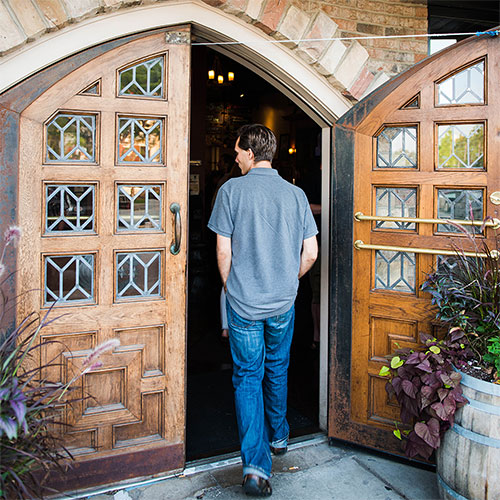 “Horse Thief Hollow is a culmination of my life’s work. These are my beliefs and interests, and what I love and where I’ve worked—all in one place.” —Neil Byers 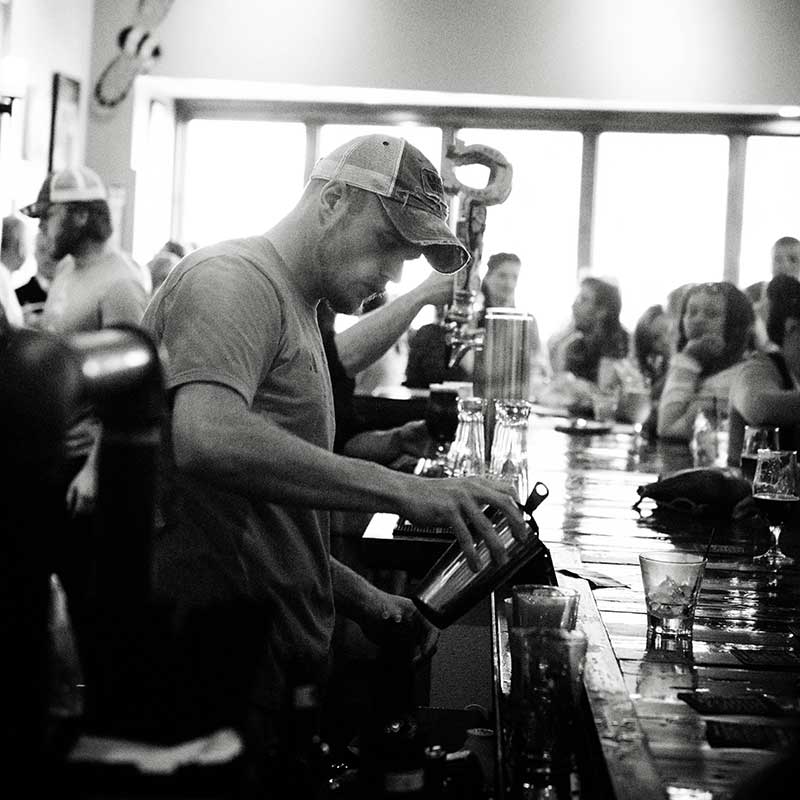 The very best quality food, beer, service, entertainment, and hospitality—that’s our goal. We believe in making everything from scratch and sourcing locally, purchasing fresh, wholesome ingredients from nearby farms and other suppliers. We are sensitive to food allergies and restrictions and are happy to accommodate special requests. And we embrace the community beyond our walls. Supporting local businesses and artisans, along with the events unique to our area, sets us apart from chain restaurants. We invite you to come in, and taste that difference yourself. 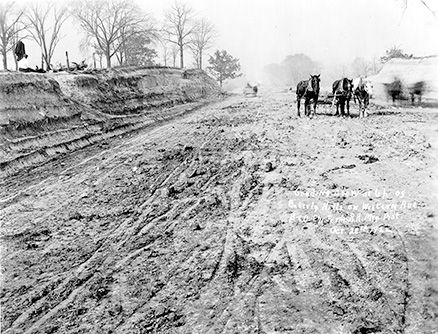 During the 1850’s, Beverly was known as the “Horse Thief Hollow”. Horses stolen from Missouri and brought to market in Chicago were hidden in dense woods, likely near 108th Place between Longwood Drive and Hoyne Avenue. Bandits camped out in these wooded, elevated areas to keep watch on encroaching traffic. State militia cleared out the criminal activity during the 1860’s, killing, capturing, or imprisoning several of the culprits. But this colorful bit of history lived on to inspire the name for our brewpub. 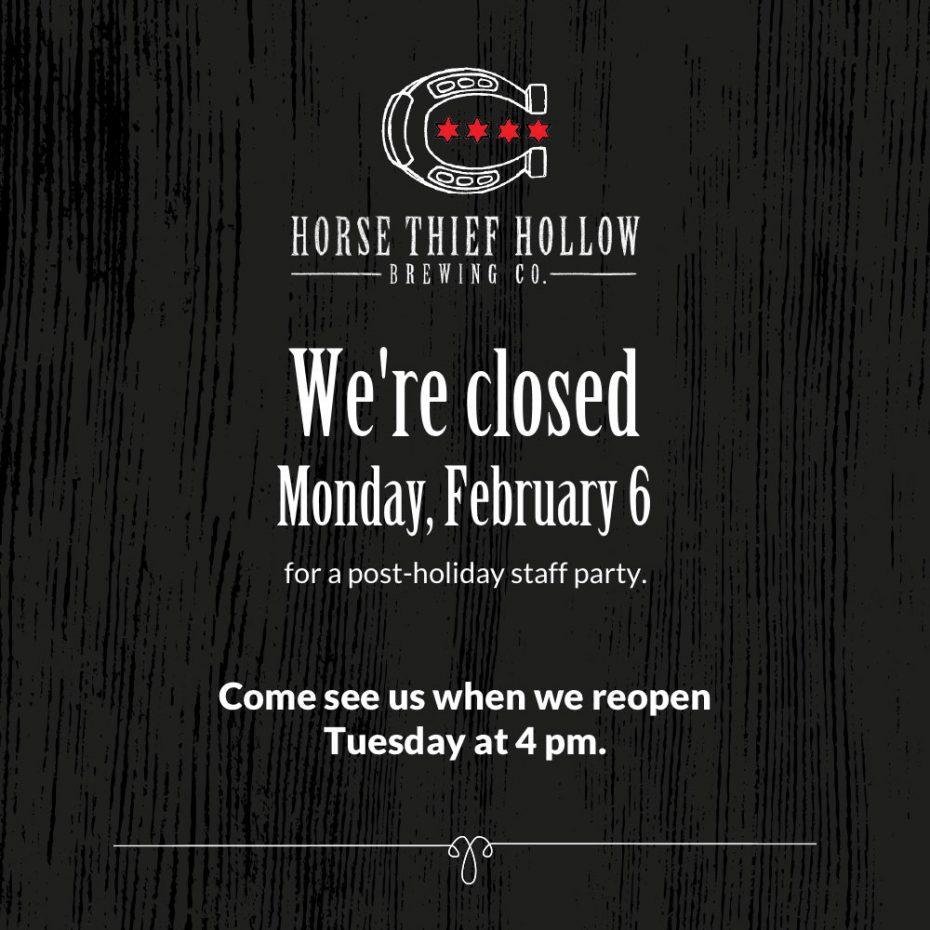