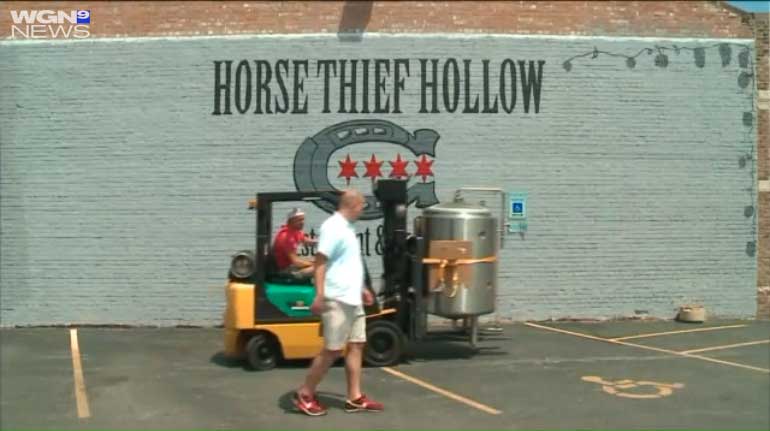 Our own Neil Byers is paying it forward. Four years after friends at Saugatuck Brewing Company helped him realize his own brewing dream, Neil is helping a local brewer get his start. John Brand plans to open his own craft brewery in the old O’Brien’s Pub a few blocks down Western Avenue from Horse Thief, and needed beer tanks. Neil was upgrading his brewing systems in preparation for a distribution rollout at the end of this year. So they made a deal. Neil sold the eight tanks and delivered them personally on July 11. He chugged down Western on a forklift–transporting one tank at a time, with John walking at his side. Seeing is believing. This is one great case of neighbors helping neighbors in Beverly, on Chicago’s awesome South Side. 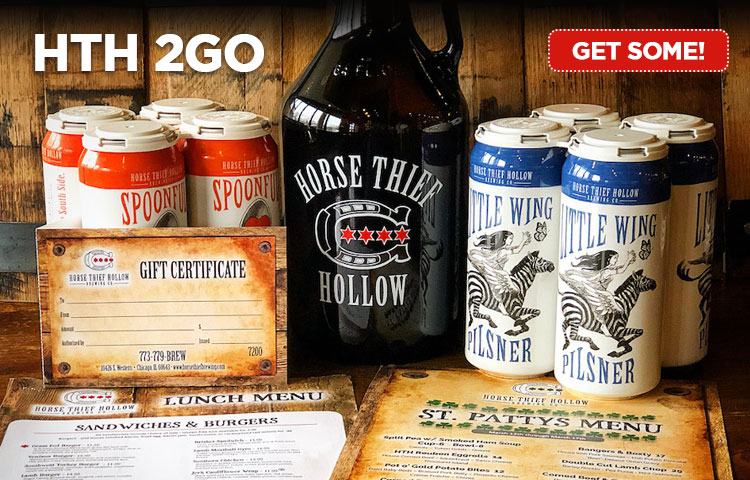